We were unsure how the mushrooms would cope in the presence of the precursors of the MOF but so far they seem to be thriving. 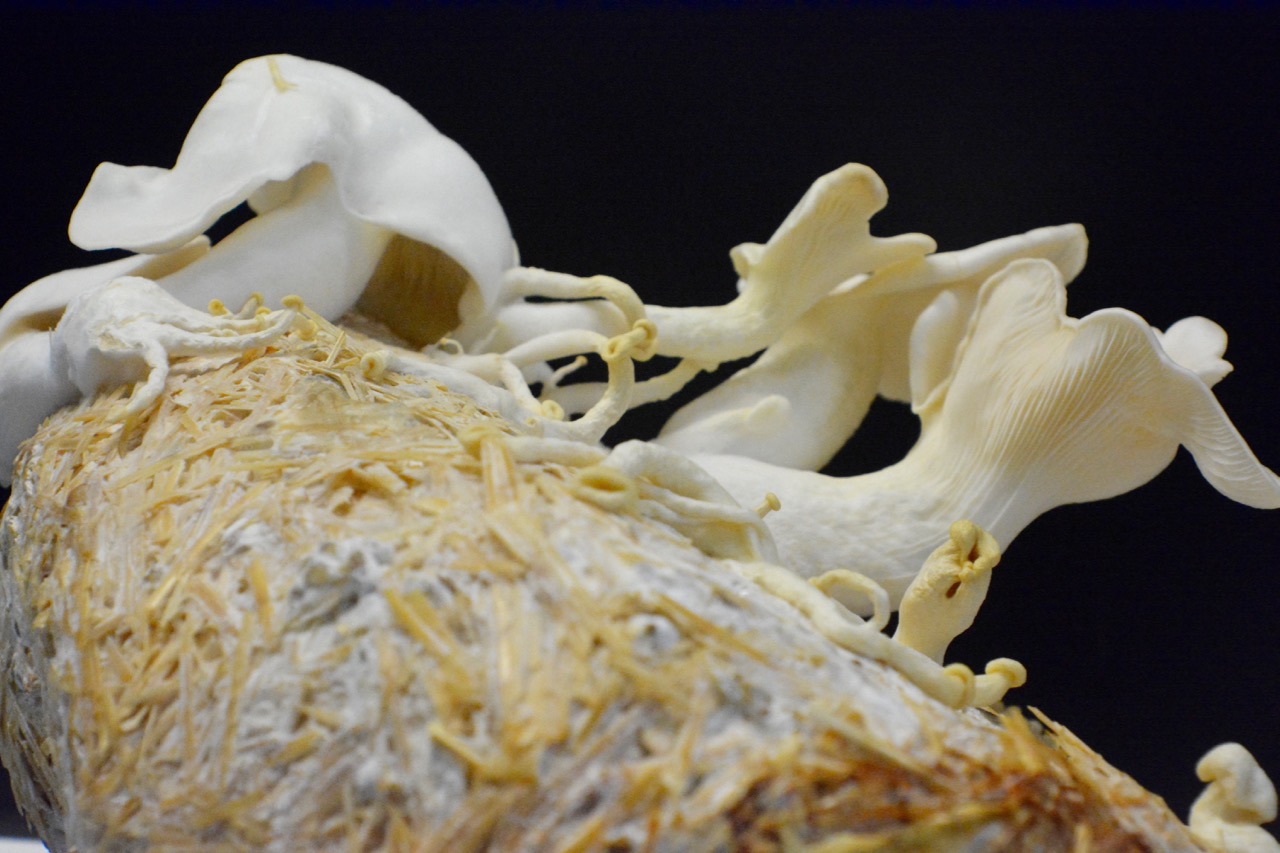 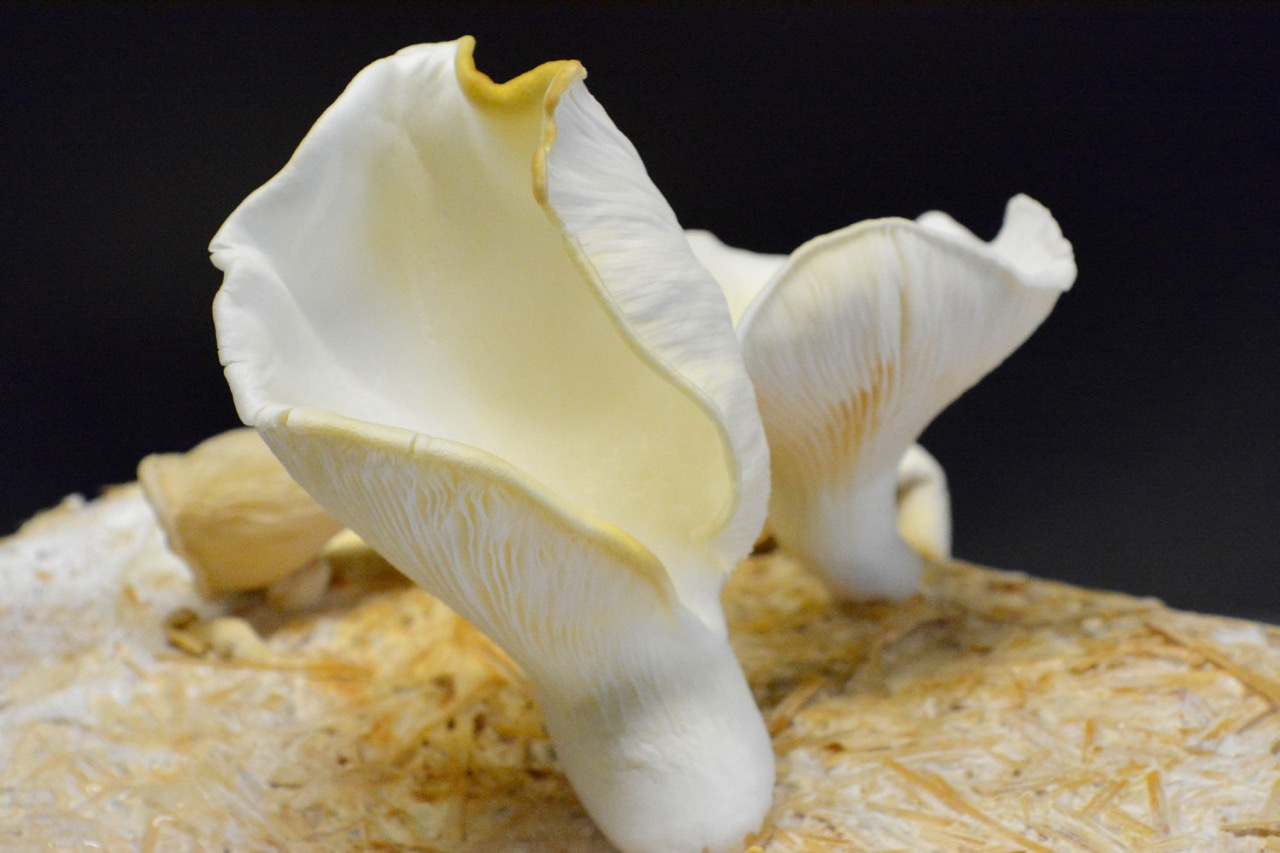 Rhizomorphs are root-like structures, thicker than mycelium  but much thinner than a mushroom stem, that extend from the mycelium through the substrate.