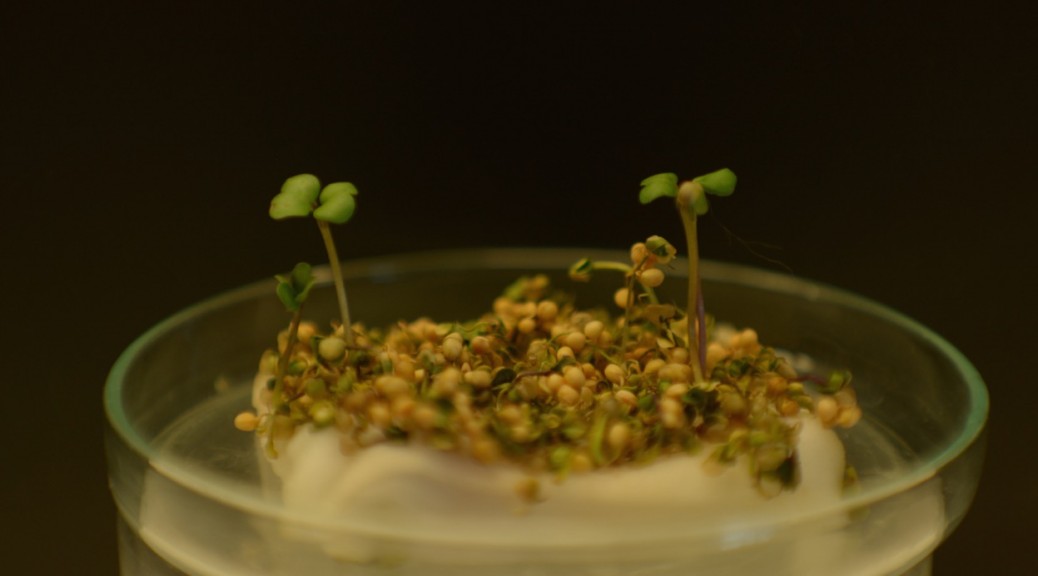 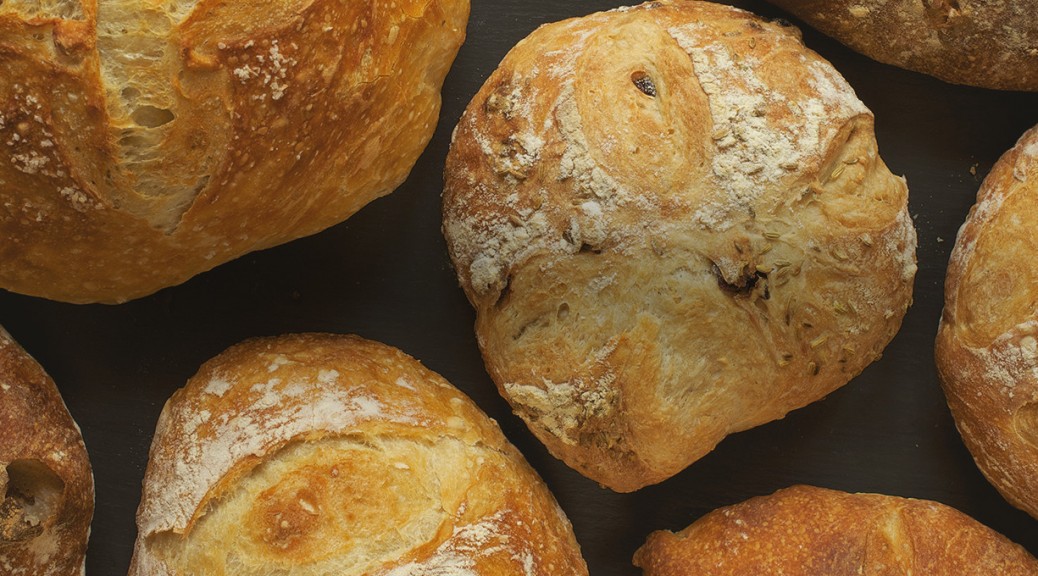 Being in the lab has prompted me to ponder the most mundane of chemical reactions.

I’ve always thought of baked goods as quite magical; how an amorphous wet blob can be transformed into a sculptural wonder, or not depending on the success of the baking process. 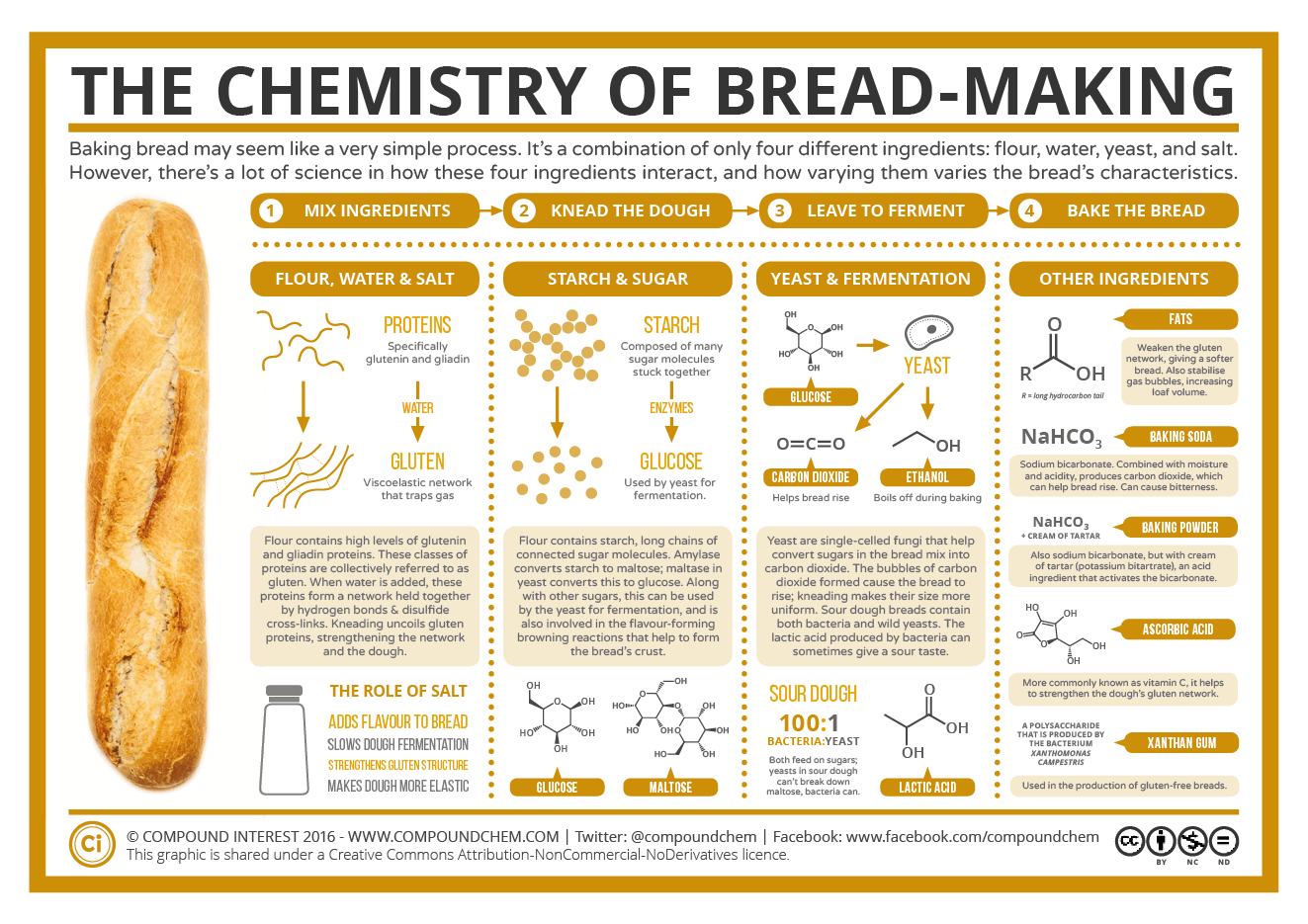 Thanks for the guys as compound chemistry for the graphic. For more details on the process go to:  http://www.compoundchem.com/2016/01/13/bread/ 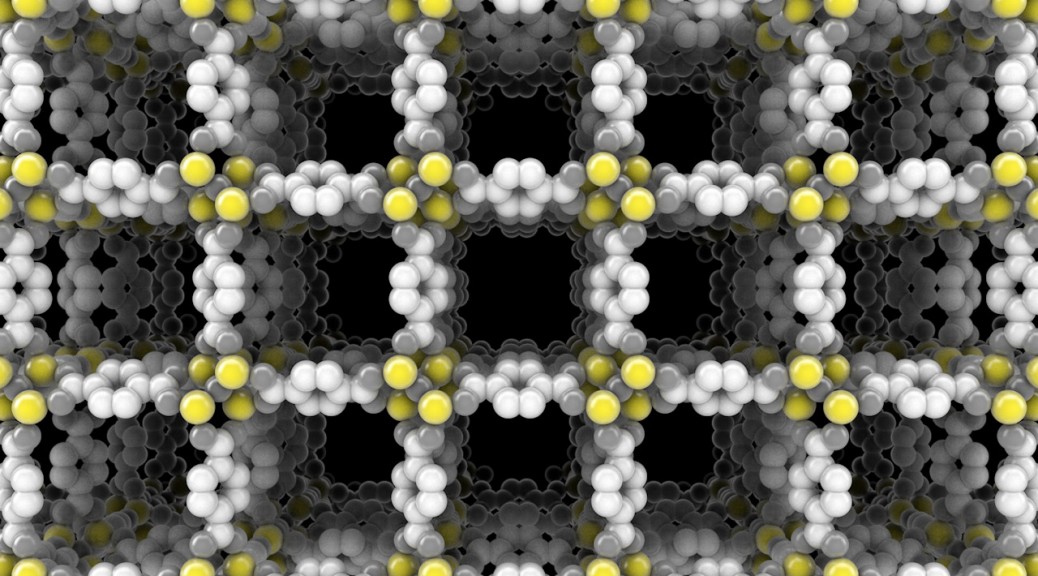 They look like a powder but are super-absorbent crystals that have the world’s largest internal surface area; 1 teaspoon of the crystals have the  surface area of a football field.

Their metal organic architecture is made up of metal ions or metal ion clusters (nodes) scaffolded by organic linkers (also called ligands).

These molecular sponges are being nano-engineered for a variety of applications including:

The MOFs are programmable so that the contents of their guest filled apertures can be released, using heat or light, or by altering the pH.

This research-led artist residency considers how Metal Organic Frameworks (MOFs) may soon play an integral role in being human in light of proposed biomedical applications which would see them cohabiting inside of us. The inquiry will address these potential futures by bringing MOFs and fungi together to co-exist; fungi have been chosen as they are like miniature versions of our stomachs turned inside (they ‘eat’ by releasing enzymes outside of their bodies) and luminescent MOFs will be used to make perceptible the results of these nano-scale encounters. Speculative scenarios will be produced through the cultivation of these biochemical kinships. Two strands of research are proposed.

Members of the fungi kingdom commonly ingested by humans— yeast and edible mushrooms—will be cultivated using MOFs. Also, using ancient practices of fermentation—acts of baking, brewing, and preserving—the manifestation of these co-constituted ecologies will be revealed.

While lichens are among the oldest living things, contrasting with the newness of MOF synthesis, they have much in common. Lichens are the biological equivalent of MOFs in that they are composite organisms having properties different from those of their component organisms (which include fungi). MOFs and lichens will be brought together for this artistic experiment to see what happens and how the applications they share are affected, for example their functions as bio-indicators or carbon sinks.

These macro and micro cultures will be documented accordingly using still and moving images, under black light to discern the consequences of their union. Additional materials will be introduced to render apparent invisible aspects of the interactions such as balloons to capture the residual carbon dioxide released from these processes. Field recordings will also be gathered for use in experimental documentation.

This research will develop my ongoing artistic exploration of human, non-human, and technological entanglements. I have been using a new materialist approach to create speculative fabulations, making perceptible strange ‘intra-actions’ and challenging accepted ‘truths’ of bodily boundaries. I have wanted to work with fungi in an art project since some snuck into my installation ‘Monument for invisible labours and our ancestors the rock’ and prompted me to investigate digital fabrication with mushroom materials on my recent Future Artist-Maker Lab residency. I am a keen fermenter, baker, and brewer and have collaborated with artists, computer scientists, electronic engineers, and physicists. I welcome the opportunity to work with chemists to probe the potential of MOFs and exchange questions, methods, and motivations along the way.